Mosquitoes are an annoying part of summer that can certainly put a damper on outdoor activities. Plus, some mosquitoes can carry bacteria, parasites, or viruses that can cause diseases in humans. One of the more widely publicized diseases that is spread by mosquitoes AND found in the Midwest, is West Nile Virus (WNV). Because of that, here is some useful information about West Nile Virus to keep yourself, your family, and your pets safe this summer from mosquito-related diseases.

According to the CDC, WNV is the leading cause of mosquito-borne disease in the continental United States.  It is most commonly spread to people by the bite of an infected mosquito. Cases of WNV happen during mosquito season, which starts in the summer and continues through fall. There are no vaccines to prevent infection, or medications to treat WNV in humans. Luckily, most people infected with WNV do not feel sick and just under 20% of those who are infected develop a fever and other symptoms. Only about 1 out of 150 infected people develop a serious, and potentially fatal, illness. 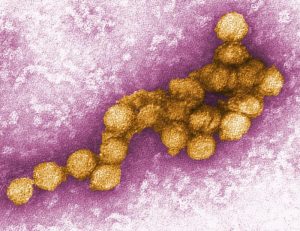 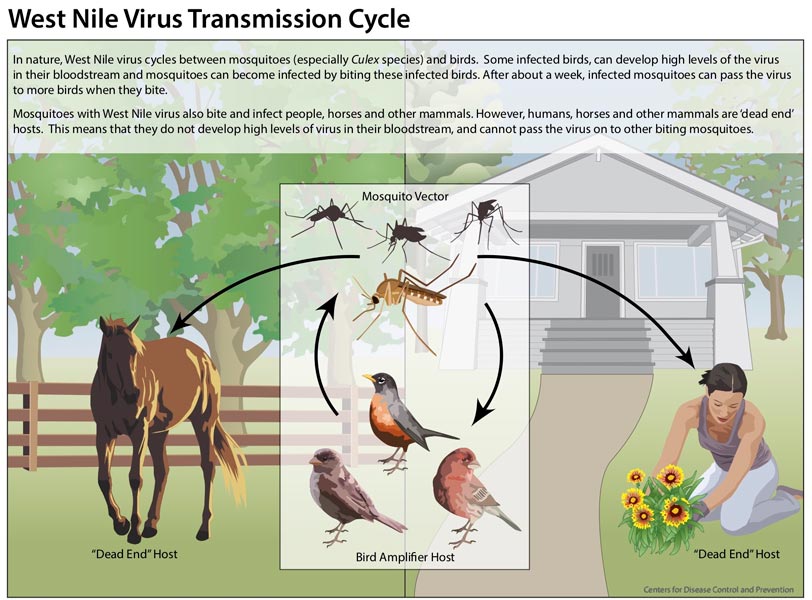 While mosquitoes are the main source of infection, the CDC reports that in a very small number of cases, WNV has been spread through:

West Nile Virus is NOT spread:

According to Johns Hopkins Medicine, symptoms usually appear within 3 to 14 days of infection.

About 80% of infected people with WNV show not symptoms.

About 20% of infected people experience:

Another >1% of infected people may have:

How is West Nile Virus Diagnosised?

Similar to other illnesses, WNV cannot be properly diagnosed by symptoms alone. In order to diagnose WNV, after developing some of the symptoms described above; your doctor or healthcare provider must order a blood test to check for antibodies to the West Nile virus. They may also order a lumbar puncture to test cerebrospinal fluid for signs of infection.

There’s no specific treatment for West Nile Virus. However, there are treatments for specific symptoms that an infected person may experience. Typically, over-the-counter pain relievers can be used to reduce fever and relieve some symptoms. If a person gets one of the more severe forms of the disease (encephalitis, meningitis, or meningoencephalitis), treatment often includes hospitalization with intensive supportive therapy such as intravenous (IV) fluids, breathing support (ventilator), pain medication, prevention of bacterial infections, and nursing care.

There is no vaccine or specific antiviral treatments to prevent a West Nile Virus infection. As a result, the most effective way to prevent WNV infections is to prevent mosquito bites. 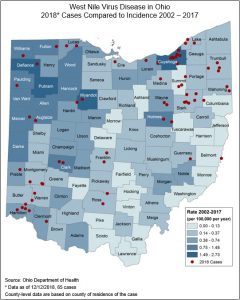 West Nile Virus in Ohio and the Midwest

The Ohio Department of Health states that WNV was first detected in the United States in New York City in 1999 and quickly spread across the country within a few years.  WNV was first identified in Ohio birds and mosquitoes in 2001.  The following year, the first human cases and deaths were reported.  By the end of 2002, all but one of the state’s 88 counties reported positive humans (441 total human cases), mosquitoes, birds or horses.  West Nile virus is now established in Ohio where cases occur each year and seasonal epidemics can flare up under certain conditions in the summer and continue into the fall.

Regarding WNV in the Midwest, an article from July of 2018 documents how mosquitoes in at least 16 Ohio counties and 12 Indiana counties were also found to carry the disease. Blood from an Ohio blood donor also tested positive for West Nile, but they didn’t have symptoms. Mosquitoes tested positive for West Nile in Kentucky and Missouri, according to the Centers for Disease Control and Prevention.

A news release put out by the Ohio Department of Health in June of 2019 outlines the importance of preventing mosquito bites, when trying to avoid WNV infection. It also gives some suggestions for steps that you can take to prevent mosquito bites. 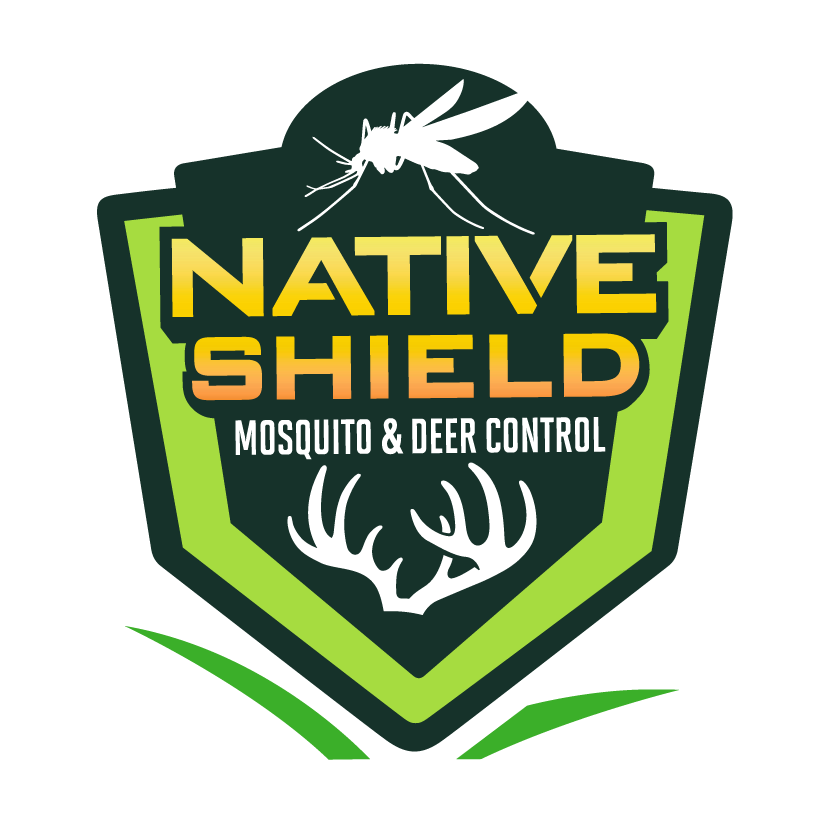